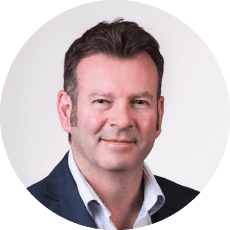 Scott is a commercial lawyer with a particular passion for franchising and intellectual property.

Scott provides strategic commercial advice to a wide range of businesses on all aspects of franchising with a particular focus on creating “bankable” franchise arrangements.

He is recognised by key service providers and bankers to the franchise industry as a leader and specialist in his field and through these strategic alliances he is able to add value to his clients far beyond the provision of legal services.

Scott is part of a franchise leadership group made up of key industry service providers, bankers and the Franchise Association of New Zealand, all of whom have been instrumental in establishing New Zealand’s first bi-annual franchise survey in conjunction with Massey University.

His passion and expertise in franchising have been recognised by independent researchers Who’s Who Legal annually since 2017.

Assisting a client with the completion of a high level due diligence investigation relating to the $6million acquisition of a “going concern” master franchise opportunity for an internationally recognised “coffee” franchise;

Negotiating a master franchise agreement and regionalising sub-franchise and offer documentation for a New Zealand based client relating to a UK based franchise opportunity;

Advising a client on the proposed acquisition of a master franchise opportunity to export a New Zealand based system into Malaysia – including liaising with a Malaysian based solicitor experienced in franchising;

Assisting a franchisor with the performance management and subsequent termination of a multi site franchisee including creating a commercial solution to mitigate the exposure of the franchisee’s bankers and suppliers;

Assisting a regional master franchisee with the acquisition of a franchisor’s intellectual property including the subsequent review of the franchise structure and redrafting of appropriate franchise documentation; and

Assisting a franchisor with achieving the mutual surrender and termination of its poor performing master franchisee without resorting to litigation.